The importance of diversifying your portfolio 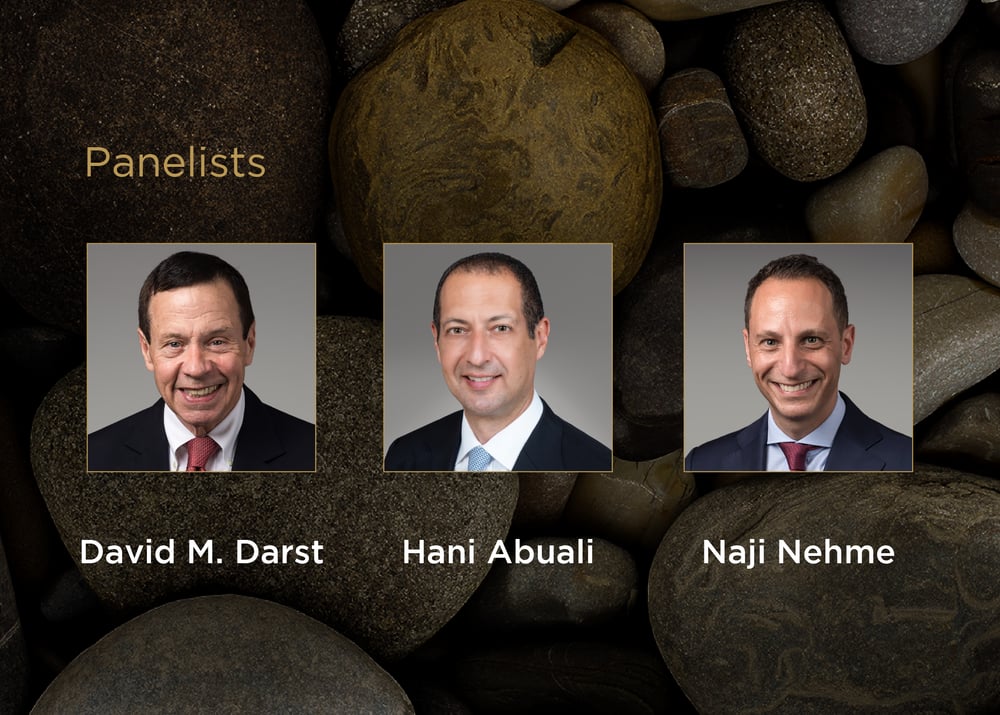 Are all your eggs in the same basket? Protect your savings in periods of uncertainty by investing in a broader mix of asset classes, geographies and sectors.

Learn from David M. Darst author of over a dozen investing books as well as Hani Abuali and Naji Nehme, investment practitioners in alternative asset management.

What Will You Learn?

David appears as a frequent guest on CNBC, Bloomberg, FOX, PBS, and other television channels, and has contributed numerous articles to Barron’s, Euromoney, The Money Manager, Forbes.com, The Yale Economic Review, and other publications. He has broadcast and written extensively on asset allocation in the Firm’s biweekly Investment Strategy and Asset Allocation Commentary and in the Morgan Stanley Wealth monthly publication, Asset Allocation and Investment Strategy Digest, the predecessors of which he launched in 1997.

Hani Abuali is the Chief Executive Officer of Petiole Asset Management AG. He was previously Head of Asia for Petiole (TFO, Hong Kong). Hani has almost 30 years of experience in investment and finance. Prior to joining the Firm, he was Managing Director at Mount Kellett Capital; co-founder of Black’s Link Capital; and Managing Director at Morgan Stanley Asia, where he ran Proprietary Trading and co-headed Telecom Research (#1 ranking for five years 2000-2005 in Institutional Investor and Greenwich). Hani started his career in finance in New York as an Oil & Gas research analyst with Donaldson, Lufkin & Jenrette. Hani graduated with a BS degree from Wharton, University of Pennsylvania. Hani is a member of the Board of Trustees of King's Academy, Jordan.

Naji Nehme is the Chief Investment Officer of Petiole Asset Management AG and is a voting member of the investment committee. Naji has over 15 years of experience in investment and wealth management. Prior to joining Petiole in 2019, Naji was head of investments for The Family Office Co. in Bahrain. Previously, Naji held a senior position in a multi-family office in Montreal, Ernst & Young Investment Advisory Services in Montreal and the Caisse de Depot and Placement du Quebec. Naji holds a Bachelor of Commerce degree in Finance from Concordia University, a Master of Science degree in Financial Engineering from École des Hautes Études Commerciales and holds a Chartered Financial Analyst (CFA) charter. Naji speaks three languages: English, French and Arabic.